For the American version of the 2009 Corolla, Toyota brought in the usual add-ons like satellite navigation, with traffic reports, wireless phone connections, auxiliary audio, and a leather-wrapped steering wheel with audio controls. Buyers could also move up to the Camry’s 2.4 liter powerplant, boasting 158 hp and 162 lb-ft of torque. Both were available with a five-speed manual transmission; the 1.8 had an optional four-speed automatic while the 2.4 had an optional five-speed automatic. Some markets had a thrifty 1.5 liter base engine with 108 hp and 140 lb-ft of torque instead of the Camry motor. See the 2018 Corolla or continue reading... 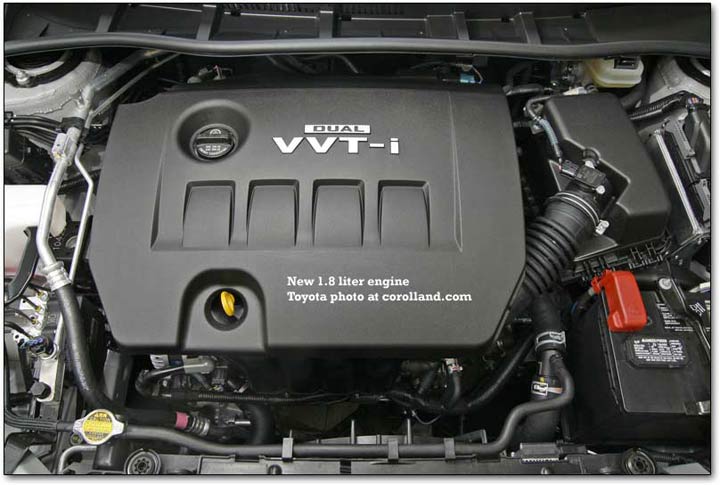 The Corolla S looked particularly aggressive, and better differentiated from its brethren. From the outside, it is hard to believe this is the same Corolla; from the inside, many old-Corolla characteristics remain, despite some cost-cutting. The climate controls felt cheap, and switch blanks are used in too many places. Seats were moderately stiff but not uncomfortable, and there was plenty of space for driver and passenger, with good all-around visibility.

The 2.4 liter twin-cam engine, retuned for the Corolla XRS, returned gas mileage of around 22/30 mpg; it produced more “usable performance” for the average driver than the old rev-happy 1.8 liter XRS model. 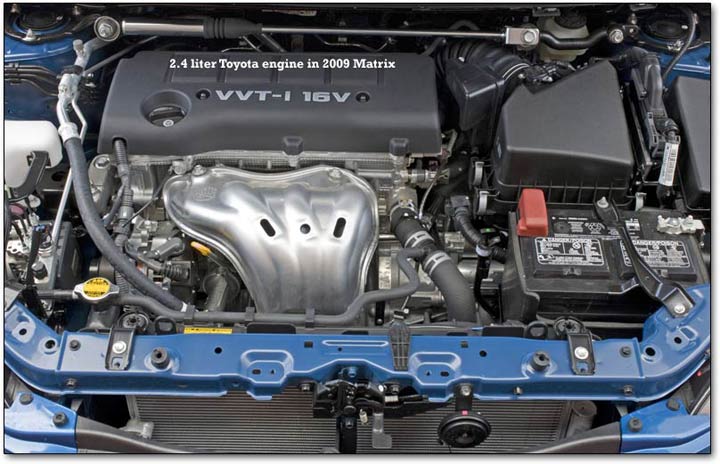 While the 2009 Corolla kept the same headroom, legroom, and shoulder room as the 2007, it felt larger. Easy-to-reach storage spaces included center console side pockets, a storage box above the usual glove box, a console box with a large main tray and a smaller accessory tray, an overhead console for sunglasses or garage-door openers, and a rear-seat center armrest with an integral drink holder.

The wide, low profile was created to make the Corolla seem sportier. The bottom of the A-pillar was moved forward and the bottom of the C-pillar aft, increasing the angle of the window glass and improving the Corolla’s aerodynamic performance. A standard body kit on S and XRS included a front underbody spoiler, fog lamps, rocker moldings, upper and lower rear spoilers, and engine undercovers.

Safety features included front seat-mounted side airbags and two-row side curtain airbags, with active front-seat headrests — in a rear collision, a cable-actuated mechanism moved the headrest upward and forward to limit head movement. Anti-lock braking was standard, while stability and traction control were optional. 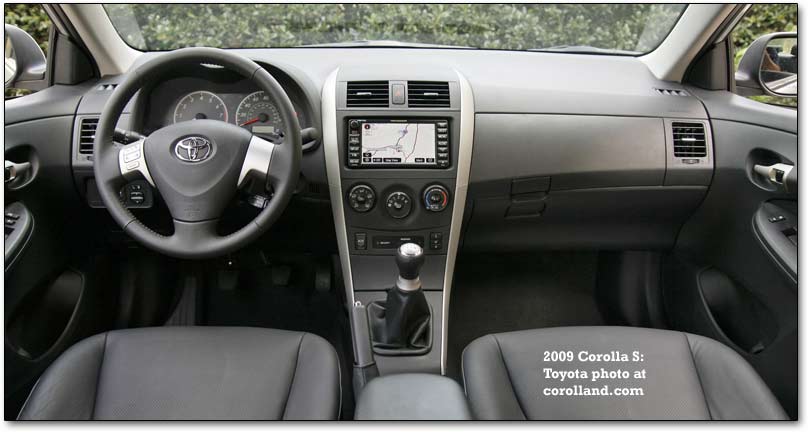 Mistic wrote: “In Europe, Toyota has introduced the Auris, a follow-up-model for the Corolla, to take on hatchbacks like the Golf GTI and Civic Type R; it will have a 2.2 liter VVTI-Twin Turbo-version with optional flap-paddles.” 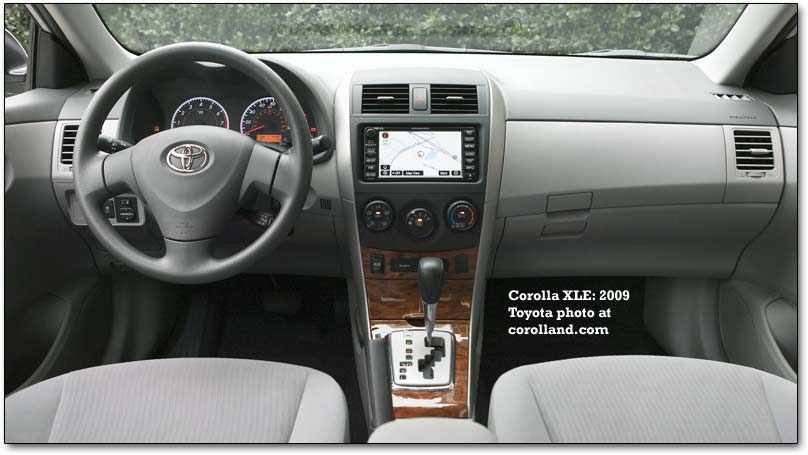 The Australians got a version close (if not identical) to the Japanese car in both sedan and hatchback form, but restricted to the 1.8 liter dual VVT-i engine. In other parts of the world, the Corolla may be sold as the Auris; or Toyota may take advantage of the “world’s favorite car” status and move it to the Corolla name. 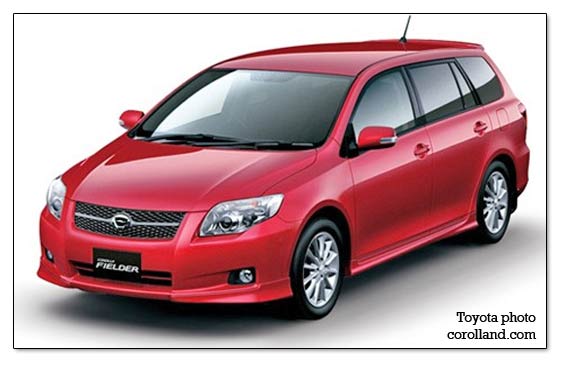 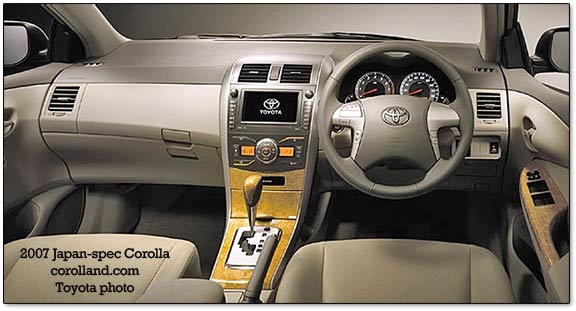 Welcabs: Specially equipped with for disabled people (not available in the US)